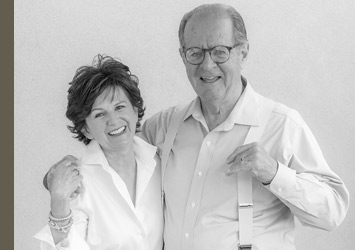 Denise and Stephen Adams have guided the evolution of ADAMVS since its inception. From its transition to biodynamic farming to the selection of its acclaimed team, their focus on integrity, craft and quality defines ADAMVS.

A skilled vintner, Stephen purchased his first vineyard in 1995. Together, Denise and Stephen have been farming Saint-Émilion’s Grand Cru Classé Château Fonplégade since 2004, earning the respect of their Bordelaise neighbors through the revitalization of the storied French estate.

Denise and Stephen fell in love with the property that would become ADAMVS in 2008. Though a diamond in the rough, their experience allowed them to recognize the site’s limitless potential for making world-class mountain wines.

“ADAMVS is the culmination of everything we have learned about making
great wine. At its heart, ADAMVS is about creating something honest
that embodies who we are."